Titanates and Zirconates in Thermoplastic and Elastomer Compounds

Titanate (see Figure 1) or zirconate coupling agents form a less than 2-nanometer monomolecular layer on the surface of any organic/inorganic (see Figure 2). They chemically bridge non-silane reactive fillers such as CaCO3 (see Figures 3 and 4), carbon black – and silica, metal oxides, etc. with polymers (see Figure 5). For example, an organotitanate nano coating on carbon black acts as a metallocene-like catalyst on a polymer and lowers the Mooney viscosity, which results in increased flow and increased mechanical properties. Coupling agent liquid, powder and pellet forms; dosage; data and applications methodology in compounding and molding are discussed.

Typically, when just 0.2 phr titanate is added into a thermoplastic polymer, molding cycle times are decreased on average by 20% as process temperatures are reduced 10%. For example, 0.6 phr of a pyrophosphato titanate on a 60 phr silica (HiSil 233) loaded sulfur cured EPDM compound will drop the Mooney viscosity from 70 to 53 while increasing the tensile strength 12%; 0.8 phr isostearoyl titanate on 80 phr silica (Silene D) filled Hypalon will reduce the Mooney from 56 to 36 and increase Scorch Time from 16 to 23 minutes; when 2 phr of a cumyl phenyl titanate is added to a 50 phr loaded SBR compound, the plasticizer level can be reduced from 10 phr to zero and have a 12% higher ultimate elongation; both 40% CaCO3 filled and unfilled PP compounds experienced respective reductions of 35.5% and 42% in injection mold cycle time and 22% and 11% in process temperature indicating a patented Repolymerization [1] catalysis as the primary mechanism; 17% pyrophosphato titanate coupled conductive carbon black in LDPE provides the same conductivity effect as 25% untreated CB.

Generally, the following are some of the benefits that are made possible using titanate additive technology at low levels of 0.2 to 0.6 phr of the total polymer compound: 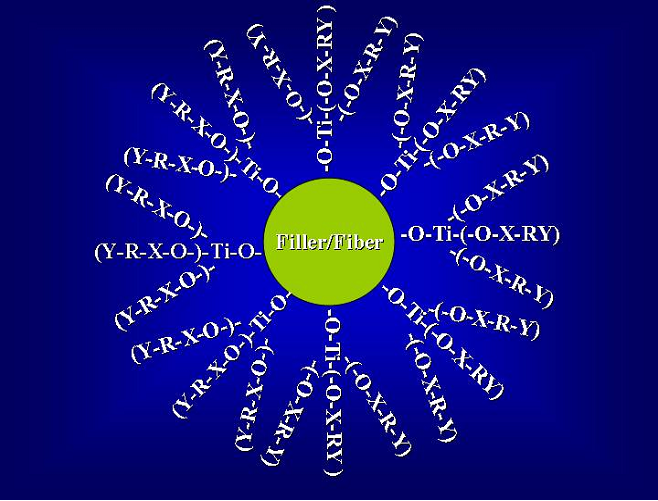 Figure 2 – A nanometer atomic monolayer of titanate on an organic/inorganic filler/fiber – illustration. 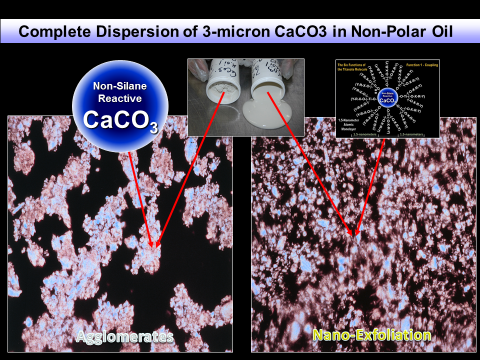 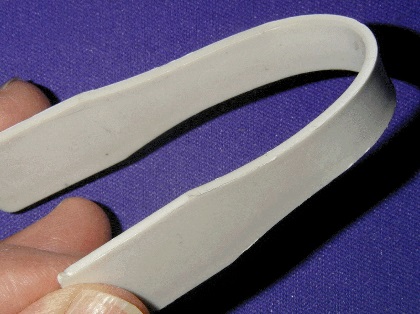 In 1973, the author invented an isopropoxy triisostearoyl titanate for dispersion of metal oxides and other inorganics used in rubber. This technology was first used to produce the zinc oxide bar masterbatch called Ken-Zinc for curing Neoprene (Chloroprene) rubber.

Dispersion with titanate can be defined as the total deagglomeration or exfoliation of the insoluble inorganic or organic particulate to the attrited level of the particulate by the formation of atomic monolayers on the particulate’s interface resulting in the complete displacement of water and air voids by the organic binder phase to form a continuous inorganic/organic matrix. Processing and properties are facilitated when complete dispersion is achieved.

The successful application of titanate coupling agents for better compounds depends upon understanding organometallic chemistry and physics and why it is different from silanes and other additives such as lubricants, lecithin, surfactants, metal stearates, impact modifiers, plasticizers, etc.

Old mindsets based on prior art silane and other additive thinking can often cause misapplication of titanates and lead to missed opportunities for molders. Titanates “work” when correctly applied by their Six Functions as is attested to by several billion dollars worth of commercial finished goods using them in everything from cosmetics for beauty to propellants for smart bombs. There are over 355 ACS CAS abstracted “Works by S.J. Monte” in the literature and several are referenced [2-13].

There are 20 of the 55 commercial titanates and zirconates that are EINECS registered for use in the EU and are referred to necessarily by their type and alpha numeric code such as KR TTS or KR 12 due to their complex CAS chemical names (CN) and structures.

Six Functions of the Titanate/Zirconate Molecule

Ti or Zr coupling agents can be differentiated from silanes by a discussion of the Six Functions:


Where,
(1) Coupling Function (RO)n = hydrolyzable group or substrate reactive group with surface hydroxyl or protons. Function (1) concerns itself with filler/fiber substrate reaction mechanisms, while functions (2) to (6) are polymer/curative reactive. Organosilanes have long been used to enhance the chemical bonding of a variety of thermoset resins with siliceous surfaces. However organosilanes are essentially non-functional as bonding agents when employing CaCO3, carbon black, boron nitride, graphite, aramid or other organic derived fibers. Plueddemann stated [14]: “…Surfaces that showed little or no apparent response to silane coupling agents include calcium carbonate, graphite, and boron”.

In its simplest terms, the titanate function (1) mechanism may be termed proton (H+) reactive via solvolysis (monoalkoxy) or coordination (neoalkoxy) without the need of water of condensation while the silane function (1) mechanism may be termed hydroxyl (OH–) reactive via a silanol-siloxane mechanism requiring water of condensation. Since almost all 3-dimensional particulates and species have surface protons, titanates are more universally reactive than silanes. Thus, carbonates, sulfur, sulfur donors, sulphates, nitrides, nitrates, carbon, boron, metal powders, azodicarbonamide, sodium bicarbonate and many other reinforcing or functional submicron or nano filler/particulate/fiber used in thermoplastics, thermosets and thermoset elastomers that do not have surface silane reactive hydroxyl groups will Ti couple. 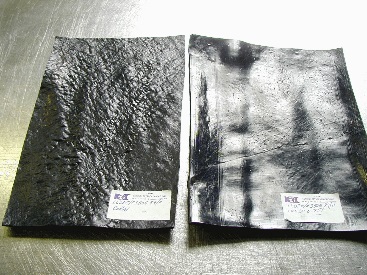 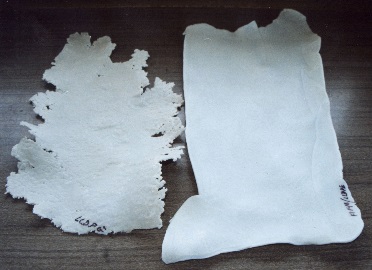 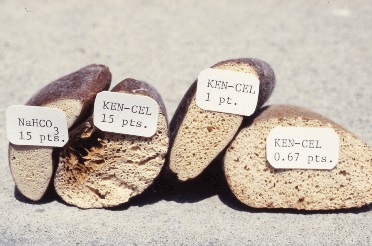 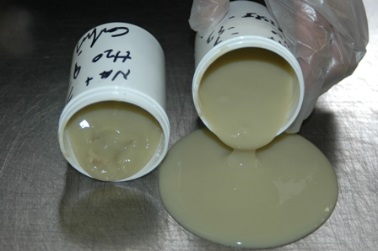 The coupling of the titanate to the inorganic/organic substrate in 2-nanometer atomic monolayers allows for elimination of air voids, hydrophobicity, and a complete continuous phase for stress/strain transfer. The silane’s function 1 silanol-siloxane water of condensation mechanism limits its reactions to temperature environments below 100 ºC thereby eliminating the possibility of in situ reaction in the thermoplastic or elastomer melt above 100 ºC as is possible with subject titanates.

(2) Catalysis Function (Ti, Zr) = tetravalent titanium, zirconium or non-catalytic silicon (Si). The Ti-O (or Zr-O) bond is capable of disassociation allowing transesterification, transalkylation and other catalysis mechanisms such as “Repolymerization” while the Si-C bond is more stable and thus unreactive. Organic titanates (and zirconates) are well known catalysts used in the manufacture of: polyolefins, polyesters, PBT, polyurethanes, polycarbonates, and polysiloxanes [1, 9, 15, 16]. The coordinate titanates are shown to improve the color and appearance during synthesis of the base polymer such as PET and PBT [17, 18].

(6) 4-n = mono, di or tri-organofunctional hybrid titanates are possible, such as a titanate containing 1-mole of an aliphatic isostearoyl ligand (function 4) and 2-moles of acryl ligands (function 5).

The physics of mixing is as important as the chemistry of coupling. Two principles govern the applications art of coupling agents: uniform distribution before the polymer melt phase for uniform coupling/catalysis and high specific energy input during the polymer melt phase for maximum shear/work energy for dispersion so that coupling at the filler interface and catalysis in the polymer interphase are made complete. Often times, poor mixing methodology can defeat the best polymer-filler-reinforcement-additive compound design. Using the right titanate form as shown in Figure 12 is helpful. 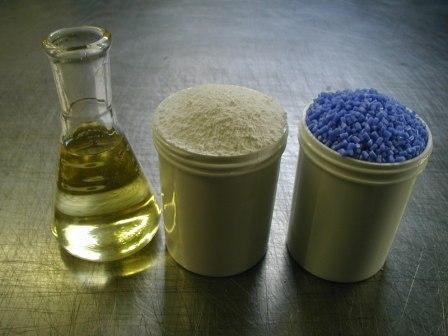 Optimum dosage is determined by the materials used in the compound and desired results and is usually between 0.2 to 0.7% by weight of the fillers or 0.2 to 0.6% by weight of the polymer. A 3-data point ladder study is useful (see Figure 13). Coupling agent selection is determined by the compound chemistry and the end effects desired. See References for coupling agent selection. 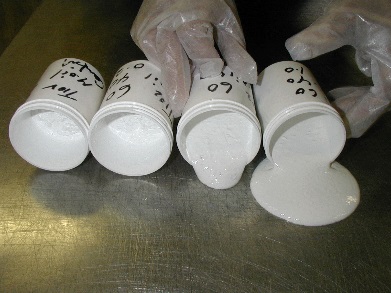 We have demonstrated herein through figures and references some results obtained with titanates & zirconates in thermoplastic & elastomer compounds (see Fig. 14 & Fig. 15, typical). Claims made herein are based on over three decades of experience in the laboratory and in the field – and documentation by other investigators in almost 2000 patents and technical papers. 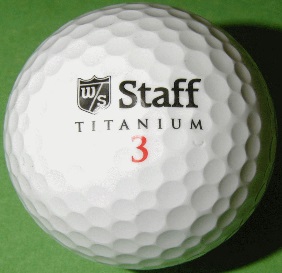 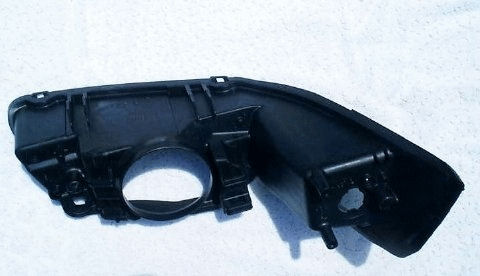